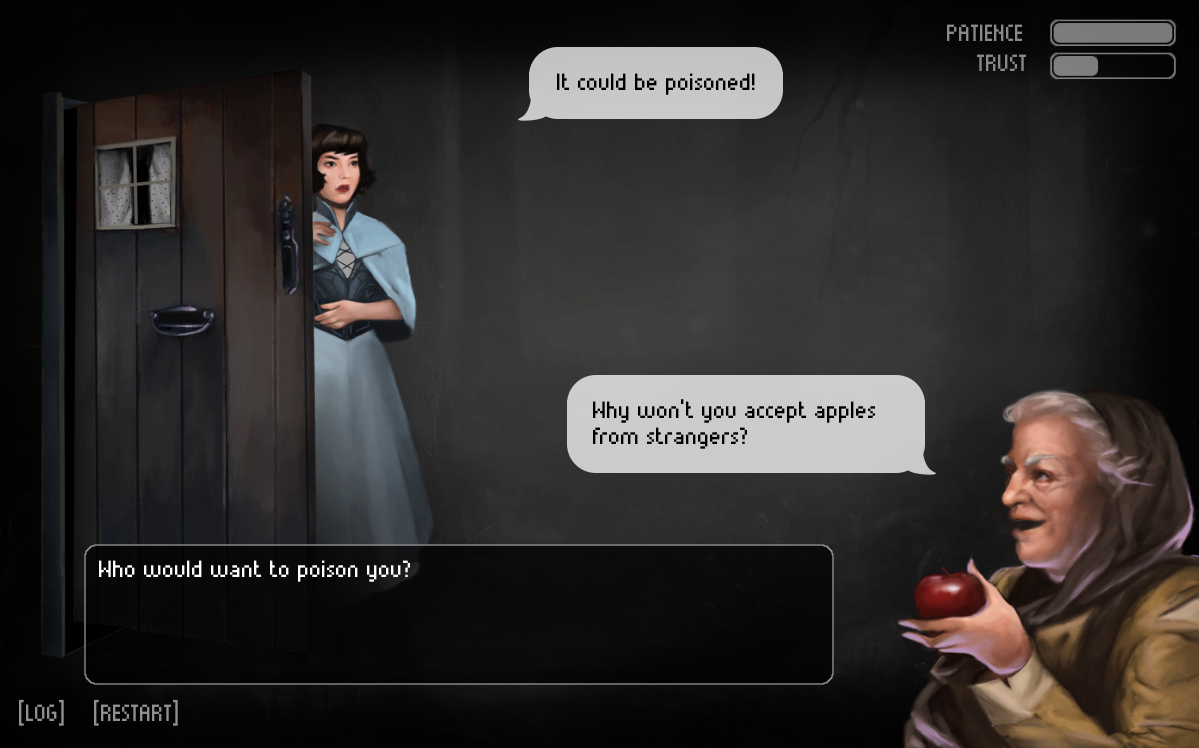 A Tough Sell is LabLabLab’s first natural language conversational game prototype. You play the role of Snow White’s evil stepmother. Disguised as an old woman, you must attempt to convince her to eat a poisonous apple. This being your third assassination attempt, she might be a bit suspicious by now.

Earlier releases can be found: